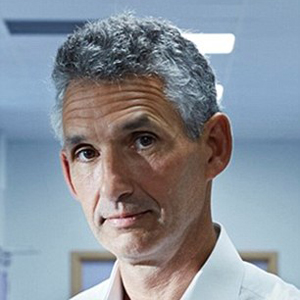 im Spector is a Professor of Genetic Epidemiology and Director of the TwinsUK Registry at Kings College, London. He trained originally in rheumatology and epidemiology.
In 1992 he moved into genetic epidemiology and founded the UK Twins Registry, of 13,000 twins, which is the richest collection of genotypic and phenotypic information worldwide. He is past President of the International Society of Twin Studies and directs the European Twin Registry Consortium (Discotwin) and collaborates with over 120 centres worldwide.
He has demonstrated the genetic basis of a wide range of common complex traits, many previously thought to be mainly due to ageing and environment. Through genetic association studies (GWAS), his group have found over 500 novel gene loci in over 50 disease areas. He has published over 800 research articles and is ranked as being in the top 1% of the world’s most published scientists by Reuters.
His current work focuses on omics and the microbiome and directs the crowdfunded British Gut microbiome project. He is a prolific writer with several popular science books and a regular blog, focusing on genetics, epigenetics and most recently microbiome and diet (The Diet Myth). He is in demand as a public speaker and features regularly in the media.
Research interests: Genetic epidemiology; twin studies; chronic complex trait genetics; CVD; metabolic; ageing; locomotor
Country: UK
Visit Website
tim.spector@kcl.ac.uk
@timspector