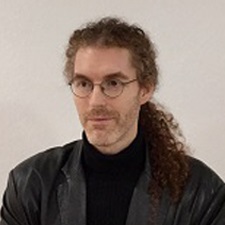 Over the years, Reason has been a patient yet relentless advocate, acting not only as an information provider for the public but also helping out innumerable organizations and companies in the field of rejuvenation biotechnology in financial and other ways. Back in the day when SRF didn’t exist yet, Reason was a volunteer for Methuselah Foundation; eventually, he helped fund companies such as Oisìn Biotechnologies, CellAge, and LysoCLEAR; and, earlier this month, Reason and Bill Cherman co-founded Repair Biotechnologies, a company focused on gene therapy for rejuvenation, as announced on FA.

He is the founder and writer of Fight Aging!, a leading blog in the aging biotech community. Reason is also an active angel investor in the space. Previously, Reason was principal software engineer at technology startups. Reason has Masters degrees in Space Physics and Astrophysics.
Country: USA
Visit Website
reason@fightaging.org