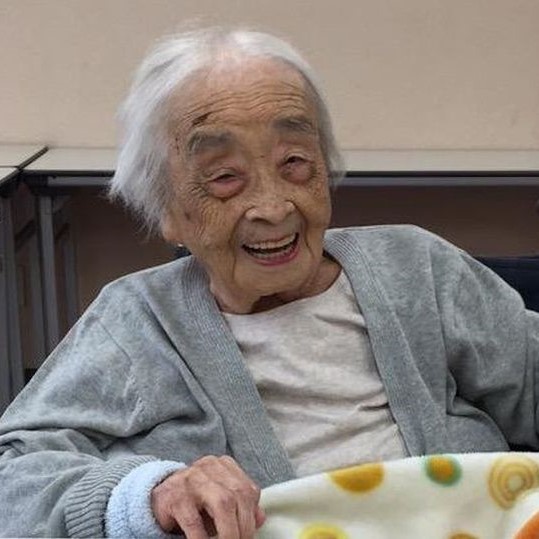 Miyako was born on 2 May 1901 in Wakayama Prefecture, Japan. Her husband, Shoji, worked for Japanese National Railways, which meant that she had the chance to travel. She enjoyed calligraphy, which she learned during her childhood and practised well into her old age.

Miyako died in Nishi-ku, Yokohama, Kanagawa prefecture, on 22 July 2018 at the age of 117 years, 81 days. Her death came just as evidence of her applications for the title of oldest person living was approved by Guinness World Records. Following her death, Japanese woman Kane Tanaka became the world's oldest person.
Country: Japan
NA@NA