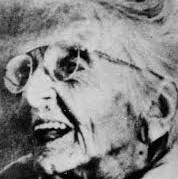 Florence Knapp was born in Lansdale, Pennsylvania, USA, on 10 October 1873. She lived in nearby Montgomery Square much of her life and came from a large and long-lived family, eight of her siblings dying in their 80s and 90s and one sister reaching age 108. She was never married. By October 1987, when she was honoured by the Pennsylvania legislature, she was recognized by Guinness as the oldest person in the United States, and the death of Anna Eliza Williams on 27 December 1987, meant that Knapp became the oldest verified recognized living person. Her death, aged 114 years, 93 days, just 15 days after meant that she never appeared in a Guinness Book as the oldest living person. She died in Montgomery Square, Pennsylvania, USA, on 11 January 1988 at the age of 114 years, 93 days.
Country: USA
NA@NA