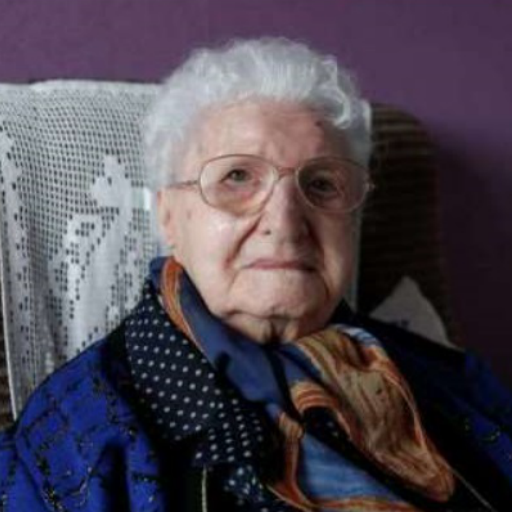 Valentine Bonel was born in Avion, Pas-de-Calais, France on 22 October 1906. She married Pierre Ligny in 1933 and the couple had three children. He died while saving his nephew from drowning in 1947. Her profession was office worker. She lived independently in her home until the age of 109.

She currently lives in a retirement home in Amiens, France and is the oldest living person in the Hauts-de-France region. A strong character, that may be her secret of longevity. At least Valentine does not lack humor.
Country: France
NA@NA