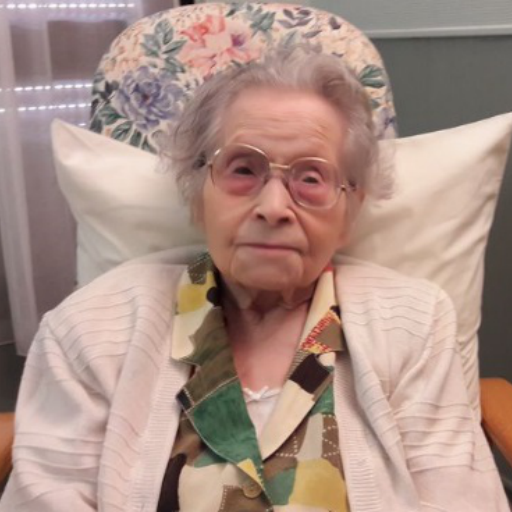 Marie-Louise Taterode was born in Uzerche, Nouvelle-Aquitaine on 17 July 1906. Her father was a weaver and her mother a seamstress. Marie-Louise was the youngest of five children, who left Limousin to follow their father who became a miner in Champagnac-les-Mines in the Cantal. The family settled in Clermont-Ferrand.

She first worked for the company Pingeot for 13 years and then in a paper mill in Montlouis company, for 34 years. She retired at age 65 and was almost surprised that the legal age of retirement was 62. She had no children but raised a niece Louisette, who orphaned at the age of 7 years. Since 2011 she lives in a retirement home in Lezoux, Puy-de-Dome, France. In July 2019, she celebrated her 113th birthday being the fifth oldest living person in France at the time.
Country: France
NA@NA