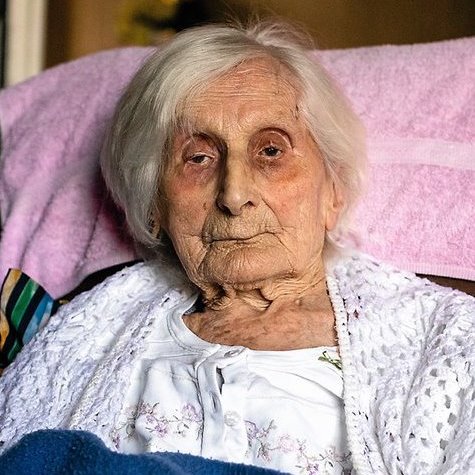 Bot was born in the citadel of Mont Louis where her father was a soldier. She spent fifty years as a bookkeeper in a car garage on Poincaré Boulevard in Perpignan. She never married and had no children.

Bot currently lives in Perpignan, Pyrénées Orientales, Occitanie, France. She reportedly has no major health problems. She moves with her walker between her bedroom and her living room. Her only difficulty is poor hearing but she is still able to watch television.
Country: France
NA@NA