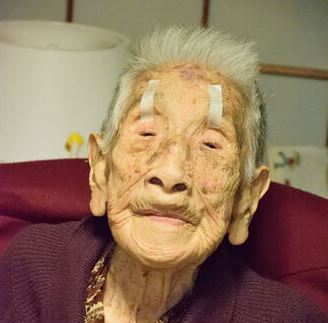 Matsushita currently lives in Sendai, Miyagi Prefecture. She celebrated her 115th birthday in March 2019, becoming the 11th Japanese person to do so. In June 2019, she was hospitalised for low blood oxygen levels, but was discharged five days later. She was subsequently re-admitted to hospital, but was discharged again in July. She is the world’s third-oldest validated person behind Tanaka and Lucile Randon of France.
Country: Japan
NA@NA