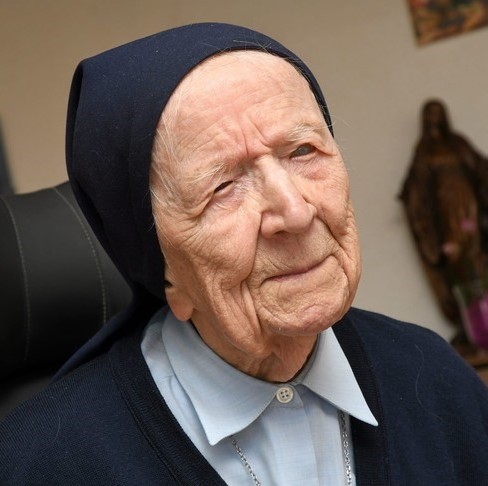 Randon was born on 11 February 1904 in Ales, Gard department, Occitanie, and has memories of World War I. She served as a governess and teacher in various houses. After World War II, she worked for 28 years at the Hospital of Vichy with orphans and elderly people. Randon currently lives in Toulon, France. She became the oldest living person in France following the death of 114-year-old Honorine Rondello on 19 October 2017.

On 11 February 2019, Randon celebrated her 115th birthday and became the third person in the history of France who reached this age behind Jeanne Calment and Marie Bremont. On 26 March 2019, she surpassed Bremont’s age to become the second-oldest validated French person ever. Following the death of 116-year old Maria Giuseppa Robucci-Nargiso of Italy on 18 June 2019, Lucile Randon became the oldest living person in Europe and the second-oldest living person in the world.
Country: France
NA@NA