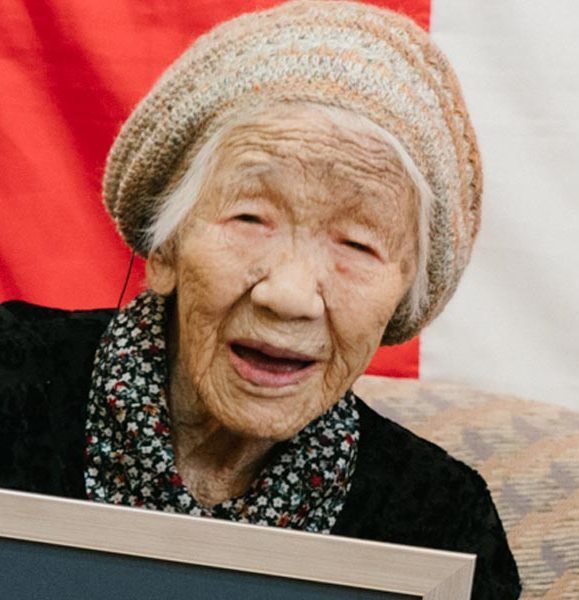 Tanaka was born on 2 January 1903 in the village of Kazuki (now part of Fukuoka), Fukuoka Prefecture, Japan. Tanaka was born prematurely and raised on breast milk from nurses. During World War II, she worked in a store selling rice cakes with her husband Hideo. After Hideo and her son died during the war, she continued working in the store before retiring at age 63. In the 1970s, she visited the United States, where she has several nieces and nephews. At age 103, Tanaka was diagnosed with colon cancer and survived. When she was 107, her son wrote a book about her, which discusses her life and longevity and is titled In Good and Bad Times, 107 Years Old.

At the time of Chiyo Miyako’s death, Tanaka lived in a nursing home in the Higashi-ku ward of Fukuoka, Fukuoka Prefecture. She was still in good health and occupied her time by playing the board game Othello and taking short walks in the facility's hallways. Her hobbies include calligraphy and calculations. She credits family, sleep and hope as her secrets for longevity. Her great-nephew, Gary Funakoshi, told the San Diego Union-Tribune that Tanaka attributes her longevity to her faith in God. On March 9, 2019, Tanaka was recognized as the World's Oldest Living Person by Guinness World Records.
Country: Japan
NA@NA